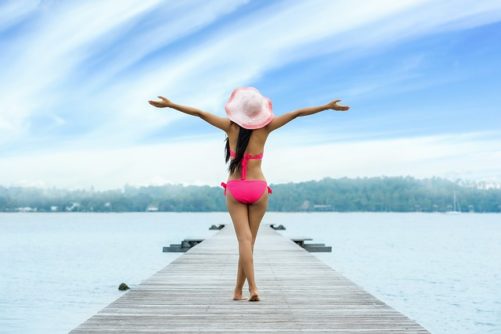 Do you know someone who can never be wrong? Maybe you know many people who harbor this common quirk.

Maybe that person is you.

I’m going to put it right out there that I am someone who is sometimes wrong. Let me say that again because it’s such a liberating, though oddly difficult, revelation: I am capable of being wrong.

Why is that so hard?

A few weeks ago I advised a group of yoga trainees on some cuing. “Always cue,” I suggested, “cobra first then upward dog and not the other way around.” I went into my reasoning, physically demonstrating the illogic of cuing an updog before a cobra. What a nitpicky and doomed-from-the-start blanket statement. And the universe doesn’t let these things slide, y’know? Over the course of my teaching week, I saw instance after instance in which someone might effectively allow an “updog” to roll off the tongue before “cobra.” I even heard myself offering my own forbidden cue. Sheesh.

Can you imagine I stuck to my guns? I mean, it’s not an uncommon thing to build a fortress around a flawed idea. Maybe that happens more often than it doesn’t. I could have written a book to defend my own shaky honor.

We have to start admitting that we’re flawed. Like, really flawed. And that’s okay because it was part of the deal when we signed up to be human.

“The less a man makes declarative statements the less apt he is to look foolish in retrospect.” –Chester from Four Rooms

Overconfidence and the deluded belief that one’s point of view is the point of view are irritating at best and really dangerous at worst. This is how wars begin.

There’s a story about Ralph Waldo Emerson reading a paper at some important gathering of minds, and as he was reading his own words he paused to say, “Hm. I no longer believe that last sentence to be true,” and then read on.

What humility. And at a moment when appearing wrong or weak could have risked his authority. He was wise enough to know that true credibility admits its fallibility.

Self Study Is a Good Thing

It takes courageous looking and sincere humility to call yourself on your own bull as readily as you can call someone else on theirs. It takes a big willingness to let go of control, a control that was illusory anyway. Like anything else, it takes practice! Actual repeated, effort-filled attempts.

The payoff is huge. If we’re the type of person who can admit when we’re wrong, even about the little things, our ego has hushed up a shade and we are more enjoyable to be around. Will your loved ones not be thankful?

The first few times are tough. It’s like the first few times you try the crawl stroke when you’re learning to swim. One day it feels like you’re drowning, then all of a sudden you’re swimming along wondering why this was ever a big deal. Still, plenty of people don’t learn in this lifetime.

Maybe you’re the sort of person who was always able to admit you were wrong — good on you. Or maybe you’ve already overcome the tendency — congrats! But if you haven’t, I suggest practicing it:

“I am sometimes wrong.”

“Yes. I have been wrong before.”

(That actually feels kind of good.)

(What did you say? Do I believe my ears?)

“I am wrong. I am WRONNNG! HALLELUJAH, I AM SOMETIMES WRONG!!”

When you get down to it, the delusion that you’re the only one shouldering truth in nearly all situations is a doomed undertaking and one that feels really good to be unburdened of. You might even laugh and feel free.