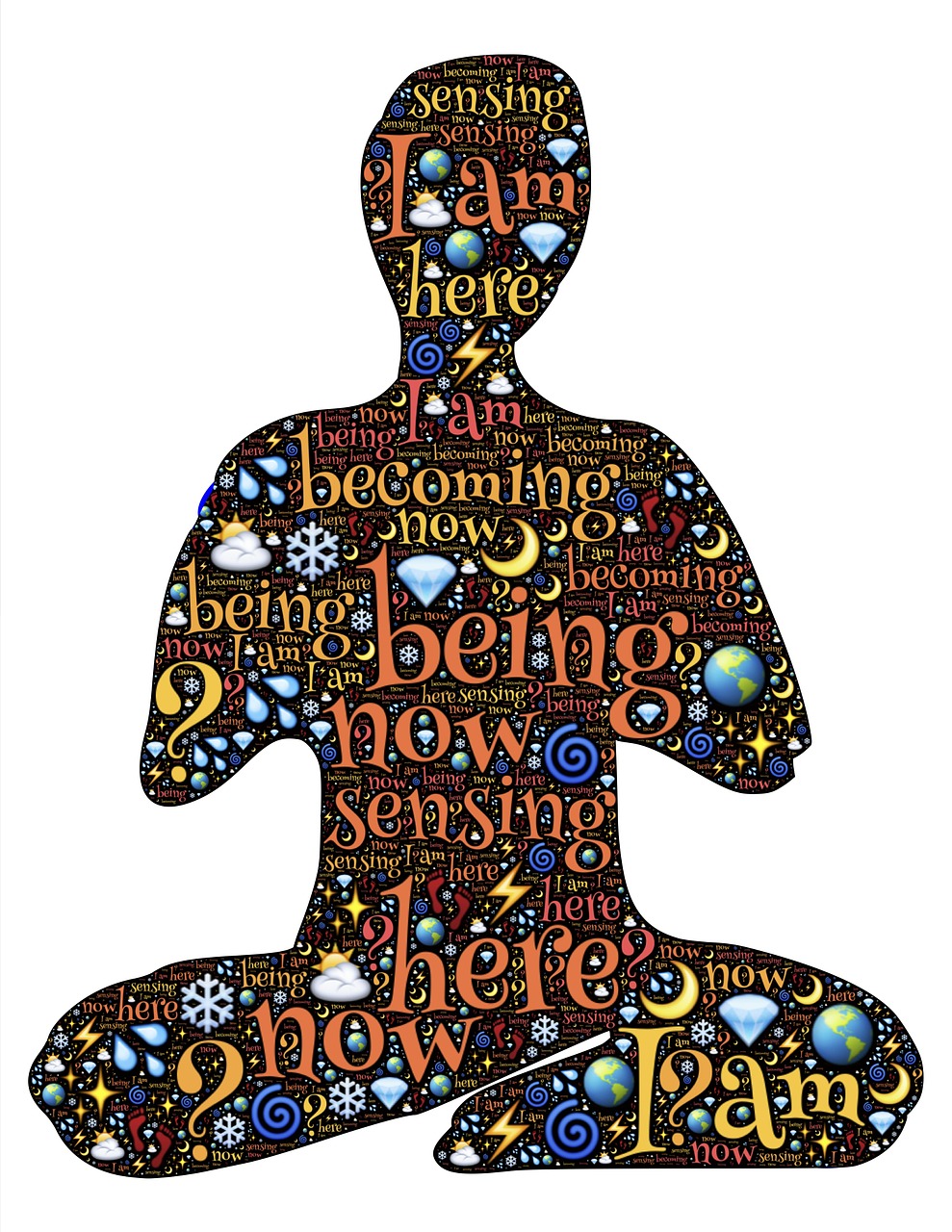 Have you ever had a moment when you felt perfectly at peace? when time seemed to stop? when duties, obligations, and worry fell by the wayside leaving you whole and unfettered, happy and free?

For too many of us, these moments happen only rarely, briefly, or never at all.

It’s likely that you can recall moments like this from childhood before you were bound by the weight of to-do lists, dependents, and the constraints of time. In adulthood, we have to work much harder to find the same kind of glimpses into perfect peace.

Thankfully, yoga offers us a handbook for rediscovering (or discovering!) this sense of boundless play. In the first chapter of the Yoga Sutras, Patanjali states that “Yoga is the cessation of fluctuations of the mind,” the idea being that the mind, despite our belief to the contrary, is more likely to cloud our consciousness than it is to clarify and illuminate it.

Chitta is the stuff of the mind: consciousness and the subconscious. Vrtti means whirpool but can be thought of as the twists, turns, and disturbances of the mind. Vrtti is the turbulent cloud cover that obscures the purity and brilliance of consciousness. Nirodha is cessation. In a realistic application, it doesn’t have to be about stopping the mind (good luck with that!), it’s about tuning in to the You that sits quietly underneath all the mental ripples. 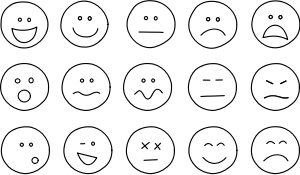 In their commentary on the Sutras, Swami Prabhavananda and Christopher Isherwood quip that most of us –- though we would love to believe that our minds are lucid, organized, and productive –- are in reality walking around thinking superfluous, haphazard thoughts like: “‘Ink-bottle… Jimmy’s trying to get my job. Mary says I’m fat. Big toe hurts. Soup good….’”

Spiritual teacher Eckhart Tolle also claims that the mind does not serve us in the way we would like to think it does, calling it “the greatest obstacle to enlightenment.” He points out that the mind is more likely than not, in any given moment, to be fretting about the past or anticipating some catastrophic event in the imagined future that will never actually take place. Rare is the person who can still her thought-waves enough to simply be and do as the moment necessitates.

Tolle offers advice for connecting with the body in order to silence the chatter of the mind, recommending that we first get in touch with the feeling of being in the body:

“Is there life in your hands, arms, legs, and feet…? Can you feel the subtle energy that pervades the entire body and gives vibrant life to every organ and every cell?”

Absorption in embodiment, he suggests, is a gateway to the present moment, which is always perfect and just as it should be (even when it isn’t).

Yoga too prescribes methods for quieting the mind which all involve, eventually, inhabiting the body exactly as it is, in this moment, without judgment or unnecessary discernment. When we succeed, we can transcend the play of nature and rest in the silent Self.

At its best, asana practice immerses us so fully in the coordination of movement that we forget whatever troubles, plagues, or excites us. But it isn’t enough. If you’ve ever attempted yoga asana you have probably experienced frustration and disappointment while doing “yoga”. Maybe you registered a dull level of grief or embarrassment when you toppled over or wobbled to and fro. If so, you’re not alone! Nearly everyone experiences these thought waves on the mat.

On the other end of the spectrum, you may have felt victory, relief, joy, or pride when you executed a challenging posture without falling out of it. And while the positive thought forms are certainly better than negative, strict Patanjalian wisdom says that positive thoughts are just as distracting as the negative. It may sound harsh, but the boobytrap is: they create attachment and then displeasure when they are gone. The yogis say that we must learn to rest behind even these pleasurable thought waves if we are to truly master the mind.

So, if asana isn’t enough to bring our thought waves under control, what else can we do? Yoga, as a whole body of teachings, offers a complete roadmap, but here are a few strategies to employ right now:

The Breath >> The Stillness

One practical strategy is to focus on the breath as you execute asana. Sounds easy, yah? You’ve heard it before. But try following your in-breaths and out-breaths to completion for 5 minutes, or a whole day, and report back your findings (wink). If breath consciousness eludes you, try using a visualization: ocean waves crashing and receding as the breath comes in and out; or a movement of light and energy up and down the body’s central channel. After breathing steadily with the visualization for a time, release the visual and continue the breath, allowing your inhalations and exhalations to sync with the expansion and contraction of your body in a nearly automatic but softly attentive way. It takes much practice to find peace and easy coordination of breath and movement in the practice of yoga, but it comes.

Another method of stilling the mind during asana practice, is to make use of drishti points, or focal points. New yoga practitioners are most commonly introduced to the use of drishti in balance poses. We find that by staring at a still point on the floor or on a wall, we can better focus on steadying our posture. Later in the practice, we find drishti points in nearly every pose: at our thumb in Half Moon Pose, for instance; at the navel in Downward Dog; down the nose in Camel; or at the third-eye center in Lotus. Depending on the lineage you adhere to, the drishtis do not have to be fixed but can shift and alter as the practice evolves. Still, they are always there to offer a point upon which all thought can converge. Eventually, we become charioteers who masterfully reign in our scattered thoughts and stay the course toward full consciousness. 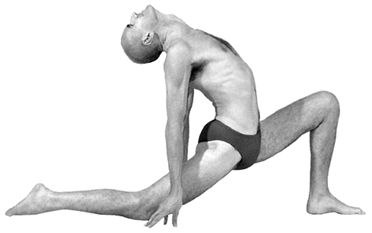 Body Intelligence: Placing the Mind in Your Heart

Another method by which to master the mind is via the senses. You can practice being in your body by sitting or lying still and simply noting the sensory input that arises: a dampness or coolness on your skin; a low buzz in your ear that disappears as you remain still; a certain acidity in your digestive tract; a sweet taste on your tongue; flashes of red and black as you sit with eyes closed. Sure, it takes mental processing to register sensory input, but the trick here is to take note without chasing the associations and judgments that come up. Notice when you start thinking in a way that brings you out of the moment, like: “This smell reminds me of that time when…” (past consciousness); “This acid reflux must be from when I ate such and such…” (past consciousness); “I hate sitting still…” (ego consciousness); “I have this and that to do which are far more important…” (future consciousness). Bring yourself back to the now as often as you need to.

Our synapses won’t ever stop firing, but we can exercise the control we do have by silencing the white noise.

Making Samyama: Going All the Way IN

The last three limbs of yoga are dharana, dhyana, and samadhi (concentration, meditation, and absorption/freedom). Practicing them together is called “making samyama,” and the three together represent the inward practices which eventually, hopefully, deliver us into liberation.

Ultimately, the yoga practice, extending beyond the mat, becomes a meditative immersion. At first, we experience brief, enticing glimpses of consciousness unsullied. With practice and dedication, our experience of embodiment without the jostle and tug of a mental narrative, begins to happen more and more frequently. As we continue the climb toward illumination, the sense of struggle dissipates. We find that the mind is a companion and not a rambunctious distraction. The present begins to absorb us. The moment is just as it should be. We are consciousness embodied, and that is the essence of yoga.